It’s time to show off the artistic talents in this week’s edition of the Moodle Army!

Comfort zones…whether taken literally or figuratively, they conjure images of safety, cosiness, and rooms adorned in as many Hygge-worthy soft furnishings as you can crochet from alpaca wool (in my head anyway!) So had I gone a step too far by asking the Moodle recruits to leave such wondrous surroundings?

For my own entry this week, I was reminded of a training session I once attended, about taking risks in business. It was the usual, PowerPoint laden affair until they broke out the Slinky toys and crayons…

We were told the story of how an elephant who, cruelly tethered for years by a chain and forced to walk around in circles, could not bring itself to step outside the circle once the chains were broken. It was stuck in its comfort zone…that was ultimately destroying it as it refused to go out and look for food.

The anecdote has always stuck with me and as I think I’m quite capable of drawing a passable cartoon elephant (albeit, from behind), I decided to use this as a basis. Except, as suggested by the prompt post, I used my left-hand. And my mouth. And my toes. 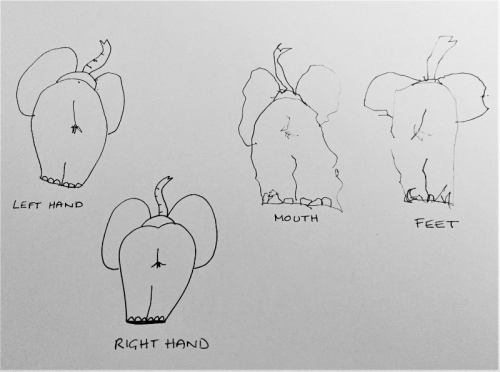 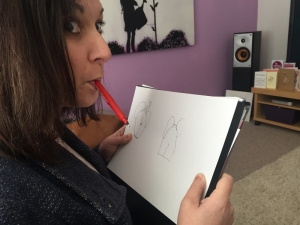 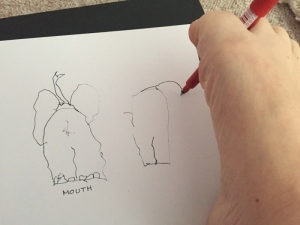 Let’s see where the Moodlers have dared to venture with this week’s entries – Don’t forget, there will be a new challenge tomorrow at 9am – join in, share and spread the Moodle love!

Not being allowed to Netflix and Chill, poor James is like some tragic urchin from a Dickensian novel, being torn from his comfort zone!
James Proclaims 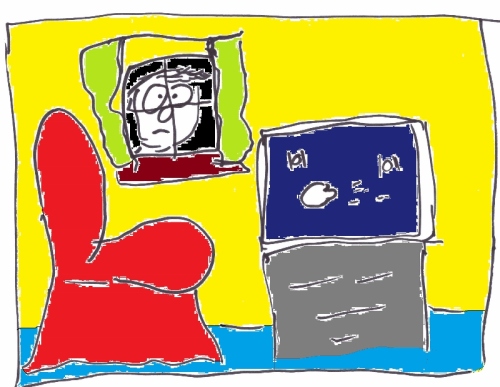 Allegedly, this is Mark’s left-handed entry, a landscape of Dartmoor. I feel he may have qualifications in ambidexterity…
Mono Images…Mostly 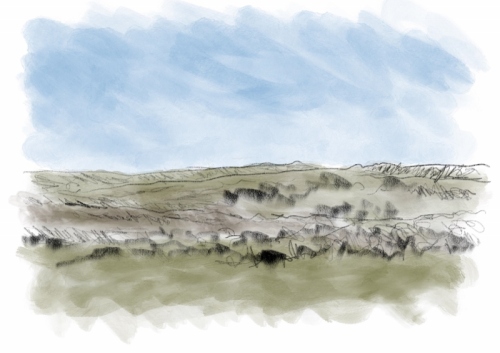 And finally, another who was clearly on the same certified course as Mark is Sue, with her left-handed offering of segregated territory!
Space, Time and Raspberries 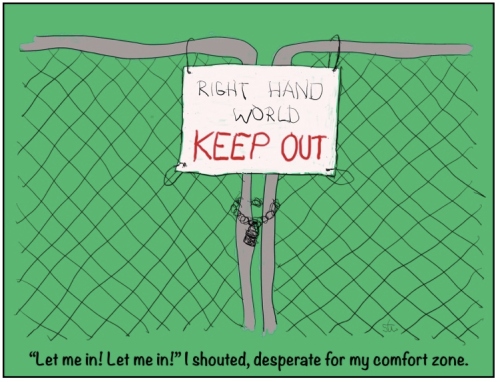 Image Credits: Mine or via links given.