It’s been a while since I’ve done a Wednesday Lensday so thought it was a good time to share some images I took from an exhibition of Children’s TV and toys last month, in honour of the TV shows’ creator, Peter Firmin, who sadly passed away last weekend, aged 89.

Known for his artwork and puppetry that complemented the imaginative writing of his partner, Oliver Postgate, the pair were responsible for British Children’s TV classics, such as Ivor the Engine, The Clangers (Mum’s favourite, below) and Basil Brush. 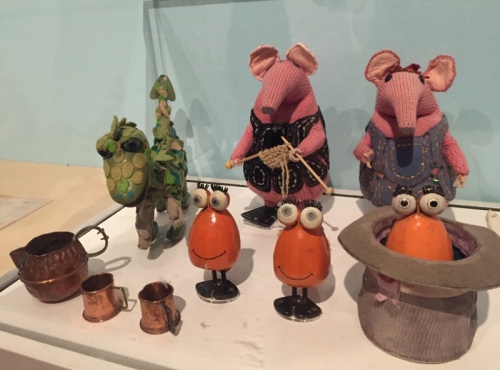 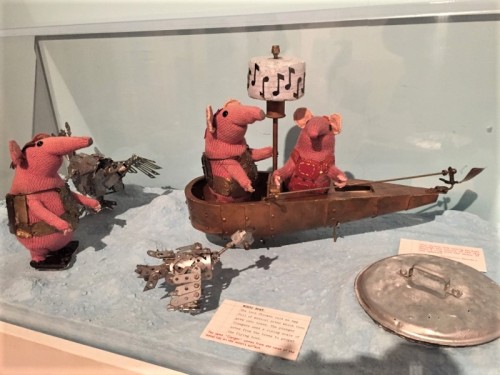 But by far my favourite (although Basil came close), was the saggy old, baggy old cloth cat, known as Bagpuss. His adventures with Professor Yaffle, Madeleine the Ragdoll, Gabriel the Toad and the organ mice, were a delight and are still a pleasure to watch. 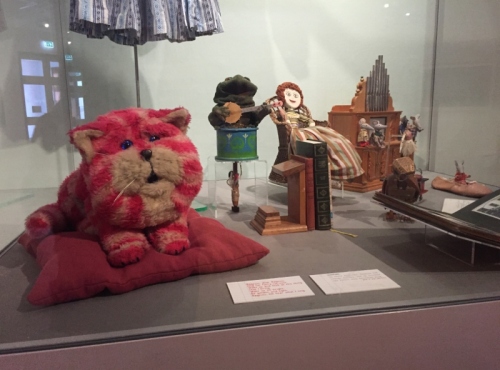 Firmin’s daughter Emily appeared in the opening credits, visiting the lost and found store where the characters lived…and I wanted to BE her! So, it was no surprise that I gave a little squeal at the exhibition in our local art gallery, when I saw not only the original Bagpuss but also her dress from the intro! 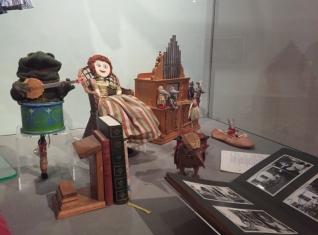 The exhibit centred on the creative duo’s work but also included some key toys from the 50s through to the 90s. Seeing your childhood toys in a museum is a sure way to feel incredibly old! 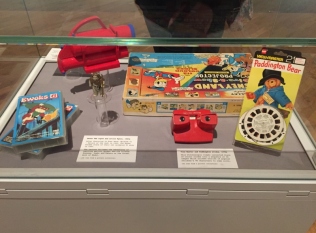 Taking the main image I took of Bagpuss (first photo), I’ve tried to recreate the look of the opening credits, which were always in sepia / black and white, with no colour added until after the toys awoke. Fun fact: Bagpuss was meant to be a ginger cat but the material came back dyed the wrong colour and so the pink, stripey legend was born!

It may have been a small display but was well worth a visit, for the nostalgic memories alone. Thanks Mr. Firmin and and Mr. Postgate for a magical childhood. I’m just sorry that arguably Firmin’s loudest character – Mr. Basil Brush – didn’t put in an appearance. BOOM, BOOM! 😉

P.S. Didn’t even realise the date until I hit schedule but Happy Independence Day to all my US readers! Hope you’re having a blast, however you’re celebrating.

The last stretch in this gargantuan, never-let-me-do-it-again, failed A-Z challenge! If you didn’t read yesterday’s post, you’ll not be aware that I’ve squashed most of the second half of the alphabet into two posts. Because I can. And also because I was really bad at a daily blog!

Shall we move on?

END_OF_DOCUMENT_TOKEN_TO_BE_REPLACED

Let’s get real – I’ve royally failed at this April A-Z daily challenge. What can I say? I could explain that when I got to P, I went out partying instead (kind of…I went to see Derren Brown), or that work has been very stressful or that I had been under the weather.

But whilst all those excuses are true, the reality is: daily blogging is damn hard! And clearly not for me, as a self-confessed faddist!

However, on this penultimate day of April, I’m going against the grain once more on a ‘day of rest’ to amalgamate entries from P through to T. The intention being that the remaining letters will be covered on April 30th.

So which delights from the nostalgic depths of TV and cinema have earned a place?

END_OF_DOCUMENT_TOKEN_TO_BE_REPLACED

I can’t belieeeeeve it! We’re already at the letter O.

And we’re heading back into British comedy history for today’s shows. I’m sure you may have already worked out one of them!

END_OF_DOCUMENT_TOKEN_TO_BE_REPLACED

N is throwing out few nostalgic memories in the TV variety. In fact, there’s just one. But it was an institution in the world of teatime TV back in the day, and still holds its own now – although I no longer watch it.

I do have another N though, resorting once again to a film of my youth, so all is not lost.