It’s time to show off the artistic talents in this week’s edition of the Moodle Army. I was beginning to worry that the Moodle recruits were hidden behind invisibility cloaks this week, but like true superheroes, they came racing to artistic rescue in the nick of time!

I’m a huge fan of super heroes, having grown up on a constant diet since I was old enough to digest the Hulk and snack on Spidey webs. Always a Marvel girl at heart, I did once own (at the age of 4) a Wonder Woman costume. I remember spinning in the living room, then dashing upstairs to change before returning mid-spin! 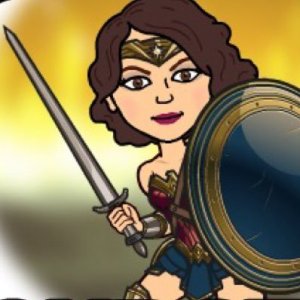 I was quite organised this week, having a pre-prepared Moodle from school. The children had to create their own superheroes using one of their skills / traits and they wanted me to join in.

So, seeing as up until last week I possessed crazy, thick hair down my back, this became my power! Quite why I’m apparently singing is beyond me – perhaps this is what calls my follicles to action. But it’s always had a mind of its own, so levitating to the rescue and snaring the bad guys, whilst shimmering in rainbow shades, sounds pretty cool to me.

If only my hair was really multi-hued!

On with this week’s entries (and we have a new recruit!) – Don’t forget, there will be a new challenge tomorrow at 9am – join in, share and spread the Moodle love! 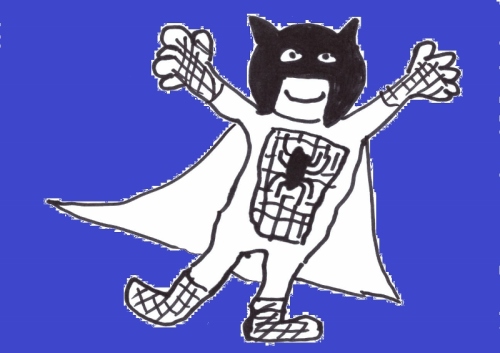 A new recruit in the form of Patrick’s daughter who is using her encryption skills to recall sci-fi heroes now lost… What were they watching?
I Can’t Possibly Be Wrong All The Time

A throwback to childhood (and a treat for James who mentioned he’s a fan), Mark’s slippery character has a second skin!
Mono Images…Mostly

Sue has produced a gorgeous superpower to command in her whirlwind of time travel!
Space, Time and Raspberries 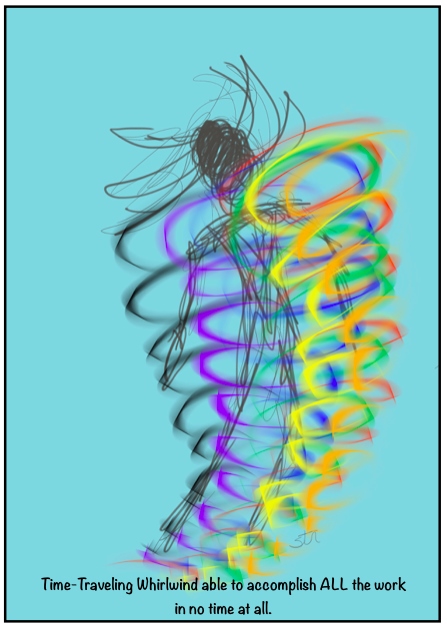 We all know the many real heroes are those juggling a myriad of responsibilities, sometimes accidentally with pants on the outside, like Amanda!
Inside the Life of Moi

And finally, Sandra knows its absence is like Krytonite to many, so she here’s to rescue everyone with coffee! Hope she has a stash of biscuits…
What Sandra Thinks 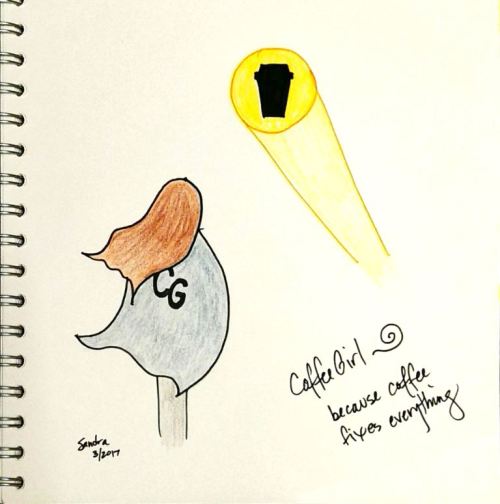 Image Credits: Mine, Bitmoji app or via links given.