Let’s get real – I’ve royally failed at this April A-Z daily challenge. What can I say? I could explain that when I got to P, I went out partying instead (kind of…I went to see Derren Brown), or that work has been very stressful or that I had been under the weather.

But whilst all those excuses are true, the reality is: daily blogging is damn hard! And clearly not for me, as a self-confessed faddist!

However, on this penultimate day of April, I’m going against the grain once more on a ‘day of rest’ to amalgamate entries from P through to T. The intention being that the remaining letters will be covered on April 30th.

So which delights from the nostalgic depths of TV and cinema have earned a place?

P: So this letter was a little tricky and on my research list, there was a blank. Therefore, I’ve cheated a little by using the subtitle of a film from the 90s… Prince of Thieves.

Yes, Robin Hood mesmerised me with his archery skills, quick wit and his kind heart. It mattered not that Kevin Costner didn’t even attempt to sound British or that his hair looked ridiculous or that, when you watch it as an adult, you realise what a mess the whole shebang was and that he acted like a petulant toddler.

I blame Bryan Adams…clearly THAT song sent out subliminal messages, as it dominated the charts for 16 weeks. Still, Rickman. Always a saving grace!

Q: Despite being a difficult customer in most day-to-day word usage, I surprisingly had no problems identifying some fondly remembered TV nostalgia here.

Ticking two boxes on my preferred genre list, Quincy M.E. sleuthed his way through surgical procedures as he performed autopsies and cut crime. I don’t recall that much about it except that Jack Klugman played the titular character and that he was often pretty angry!

But the best Q belongs to Quantum Leap. A sci-fi, time travelling, drama / comedy, Sam Beckett is a physicist stuck in the past after an experiment that went wrong. Desperately trying to get back to his own time, he ‘leaps’ into the bodies of other people and must right a wrong in their life before another leap is triggered. 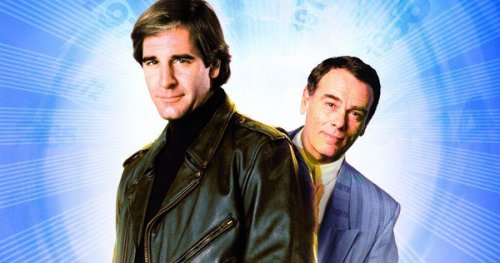 Helped by his sidekick, wise-cracking Al, plot lines covered all sorts, from changing a circumstance to prevent someone being killed, to planting thoughts in the minds of those destined for fame. For example, one episode taught the Moonwalk to a young Michael Jackson and another suggested to a young Donald Trump that real estate would be a good investment. Pity he didn’t suggest that going for President was a waste of time…

R: ‘Have you ever, ever felt like this? When strange things happen, are you going Round the Twist?” 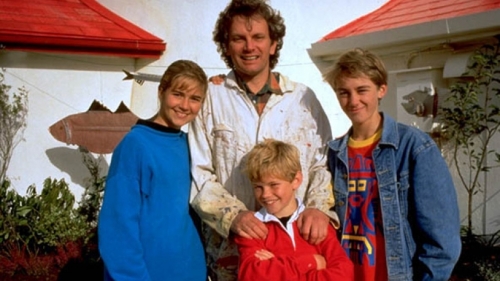 So said the opening line of the kids comedy show, set in Australia and following the exploits of the Twist family in their haunted house. It was utterly bonkers and I’m not sure it actually made any sense, which is possibly why I loved it! And I guarantee that anyone who watched it will have one episode that stands out for them…the one with the weeing competition! No other context will be provided!

However, I may have enjoyed the theme tune of the show but it pales in comparison when I have goldfish sharks nibbling at my toes.

No, I haven’t (quite) lost the plot, instead that is a line from the excellent theme to Red Dwarf. A British comedy cult classic, there wasn’t really much of a sci-fi element aboard the space mining vessel. Instead, the entertainment came from the, often fractious, relationships between the last human alive, Dave Lister, the annoying hologram Rimmer, Kryten, the selfless service mechanoid, Holly the ship’s computer and the exuberant Cat…some kind of flamboyant life form evolved out of Lister’s pet! 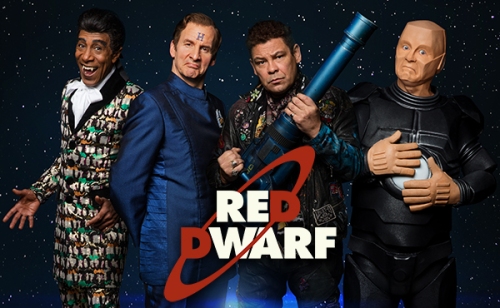 You really have to watch it, to ‘get’ it – it doesn’t sound like it works at all but it does and is possibly one of my favourite sitcoms ever. Which is why it was so disappointing when they revived the series a couple of years ago and it just didn’t make the mark. Sigh. Should have left well alone and gone out on a high.

S: Fighting crime and owning a vehicle arguably as recognisable as KITT or the A-Team van, Starsky and Hutch was another great show that only exists in my memory as a series of car chases and shooting down bad guys! In pursuit, driving around in a red Gran Torino with a stand-out white stripe, I know I very much enjoyed the show about the detective duo, but couldn’t pick out a reason why! 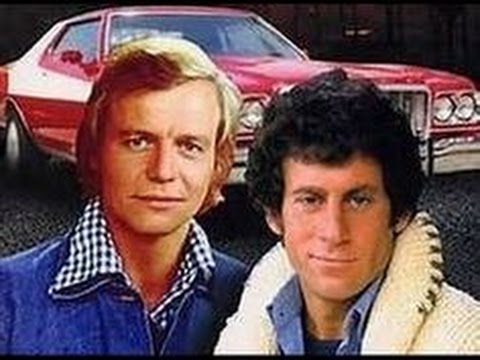 That is definitely not the case with my favourite S, albeit a spin-off. Having been a fan of James T. Kirk and Spock, first in the show then later on the big screen, I was excited to begin watching Star Trek: The Next Generation. Perhaps its because I watched from the start, perhaps it was my baldy-head love of Jean-Luc Picard or because I got teased for having hair as triangular as Worf’s, but ST:TNG has remained the best in the franchise in my opinion.

I loved every character – and it really was more about the characters rather than which evil space race was trying to assimilate them that week. I wanted to be Deanna Troi (I guess I have ended up being like her!), I marveled at the skill or Geordie La Forge and, like all my friends, I wanted to be with Wil Wheaton.

Some people may have taken issue with the subsequent films but as far as I’m concerned, anything that allows me to hear Patrick Stewart narrate the captain’s log or say, ‘Make it so, Number One’, is quality!

T: Time to look at the final entries for this amalgamated post and first, we need to go way back to 1983 and a mini-series, the Thorn Birds.

Starring Richard Chamberlain as an Australian priest, embroiled in the lives of the Cleary family, it’s a tale of forbidden desire, murder, anguish, back-stabbing and duty. So not at all suitable for a 7 year old!

However, whether it was the emotion from my mum watching it, but this is one where I do recall the plot and how intense the whole thing was. I remember floods of tears as Meggie loses her greatest love (the priest), due to being years apart in age and prevented by the rules of his role. I recall sobbing at cliff-hanger endings and being distraught by the unfairness of it all. And apparently, this all happened over one weekend! I’ve never read the book, which has several differences, but perhaps I’ll now seek it out for my Kindle.

Finally, we end on a superb monster flick and one that is still a guilty pleasure of mine: Tremors. Loosely feeding into my then newly formed wish to be a seismologist, the film is scary, hilarious, cheesy and tense in equal measure! 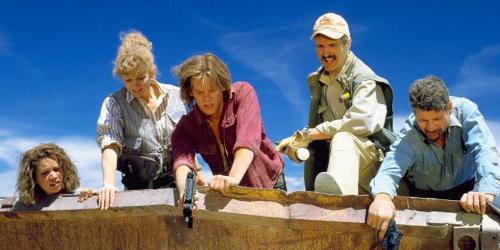 If you’re a fan of horror, how can you not love a film about giant worms, burrowing from the depths to eat people with their extending, tentacle-grabby tongues, as everyone, including the ledge, Kevin Bacon, take refuge on top of anything wider than a cereal box in a early incarnation of ‘the floor is lava’ game? Top quality entertainment!

Don’t forget that tomorrow I shall finish the alphabet, so I can at least unlock one achievement! Thanks for reading the extra-long post. Just remind me not to sign up for these things in future!!

8 thoughts on “Aloada A-Z Childhood Nostalgia: P,Q,R,S,T is for…”