Yes, it’s a double whammy today, seeing as I’m terrible at sticking to a schedule and now need to drop us slap bang in the middle of the alphabet, with the letter M.

This was a hard one to nail down. Not due to lack of entries, but the exact opposite. It seems M was the magic letter when it came to shows I watched in the 80s and 90s.

So which has made the list from the multitude I could have chosen?

Many of these Ms had me heading back to one of my favourite genres: crime. However, I’ll be honest, if I was to write about each one, it would end up being a gargantuan post. So instead, I’ll make a list and send some nods of appreciation in their direction.

Starting with Moonlighting, apparently considered to be the first good example of a ‘dramedy’ (drama-comedy), Bruce Willis and Cybil Shepherd joked and flirted their way through cases, as private detectives.

Then we have Crockett and Tubbs, epitomising 80’s fashion as they combated drug lords in Miami Vice. These two were seriously cool and the show, mixed with music and visual effects, wasn’t half bad either!

Moving on, we have moustache-d maestro of murder investigation, with Magnum p.i. the wise-cracking investigator, played by Tom Selleck, tracking down criminals in Hawaii. 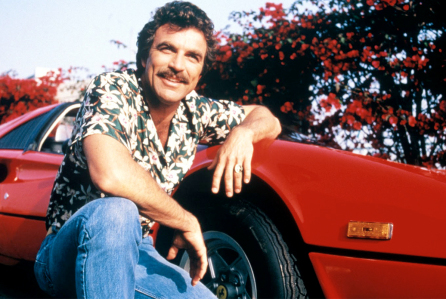 But taking the top spot for this crime category, was the unassuming, yet nosey-as-hell, Jessica Fletcher, a retired teacher-turned-author in Murder She Wrote. 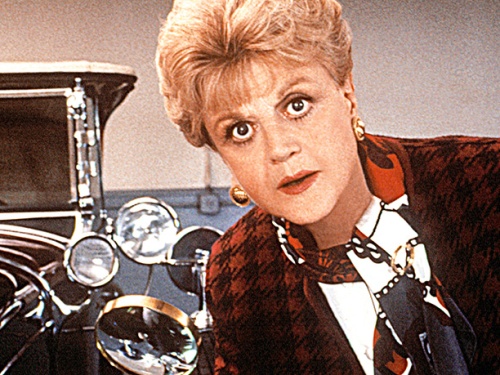 Okay, I know she was a mystery writer and therefore maybe thought that taking on the role of an amateur sleuth would give her plenty to write about. But seriously, there were more murders in Cabott Cove than Midsomer (and that’s pretty high). In fact, if it were a real life place, it would top the FBI’s national crime statistics in many areas!

Leaving the world of crime behind, other Ms that were a central part of my youth were M*A*S*H  (who knew a drama about medical staff in the Korean war would be so brilliant and funny?!)…

…Re-runs of The Munsters, which I preferred to The Adams Family…

…and another set of re-runs, this time following the zany antics of The Monkees.

But the show that tops the charts of the Ms dips into another favourite genre: sci-fi.

It introduced me to the comedy genius that was Robin Williams, had so much heart and had a similar feel to Happy Days. It was of course, Mork and Mindy.

Mork, an alien from the planet Ork, begins a life on Earth to observe human behaviour (reporting back to Orson), as humour is not allowed on his planet. He meets and moves in with Mindy, who knows his secret and tries to teach him about humans, often with hilarious outcomes!

It was sweet, funny and often had a moral undertone. Even my granddad loved it and he thought sci-fi was ridiculous – I remember he often did impressions of Mork, and his catchphrase of nanu-nanu!

Such a great show, and one that I still feel stands the test of time to be one that can be enjoyed for many years yet. Thanks for the joy Robin Williams, I hope you have finally found yours.

11 thoughts on “Aloada A-Z Childhood Nostalgia: M is for…”