Yes, it’s happened. Just as we reach double figures in our alphabetic adventure, I fall behind on the prepared posts and end up juggling tasks to make sure I meet the deadline.

Of course, I could have got my act together and done it last night but the sofa and the inside of my eyelids were much more appealing!

Anywho, J is where we’re at and it may be a letter of increased value, whether through A-Z position or Scrabble, but it hasn’t been very forthcoming in TV memories for me. So, once again, I’ve resorted to film nostalgia and two powerhouses, produced by THE powerhouse producer of the 80s and early 90s: Spielberg.

It may have been released four months prior to my birth but perhaps I was played the ominous two-note opening in the womb, as I was instantly a fan when I saw it!

We are of course talking about one of the greatest ‘monster’ movies, the one where you never go back in the water…unless you’ve got a bigger boat.

Along with the original Star Wars, Jaws was the film I remember watching repeatedly on TV, from around the age of 5 or 6. Even though I knew exactly what would happen to each cast member, when the shark would haul itself out of the water and which limbs would be left floating in the sea, it still made me jump every time and I loved it!

For me, the original was the best but I have seen all in the series and have fond memories of Jaws: The Revenge with Michael Caine too, most likely as that involved a trip to the cinema.

It may have caused a lot of damage to the reputation of sharks and Great Whites in general, but it remains a hell of a watch!

Moving into the 90s and another cinema trip, my other J was a turning point in cinematography and special effects – the groundbreaking Jurassic Park. 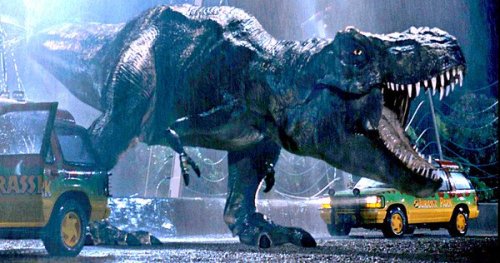 Responsible for reigniting the general population’s fascination with dinosaurs – and my fascination with another J: Jeff Goldblum (legend!) –  I distinctly remember filling up when I saw the first of the creatures on screen. So real, so colossal, the life-sized animatronics breathed life into the stars of the show, in a way I never thought possible. 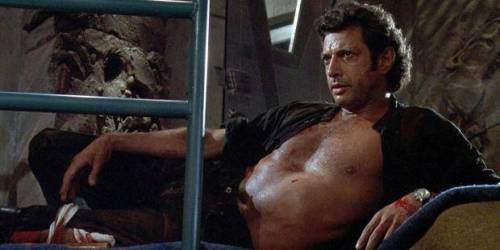 These days, children are spoiled by CGI and it saddens me that current and future generations will never experience the sheer wonder I felt when I saw this for the first time.

The kitchen scene with the velociraptors goes down as one of my favourites scenes in any movie. It was so intense! I talked for days afterwards about the speed and technique of the ambush of these, my favourite dinosaur.

I was completely enthralled and even asked for amber jewellery for my birthday…just in case I could somehow start my own park! I saw it three times at the cinema, twice with mum who was equally as hooked, and have viewed it hundreds of times since.

And the music, from Spielberg’s musical mastermind John Williams, still makes me cry.

So to the mega monsters who graced my youth – I salute you!

4 thoughts on “Aloada A-Z Childhood Nostalgia: J is for…”