I may struggle to continue with this challenge, as I go back to work today. Which I realise is no excuse as many people work and blog but I find it difficult and we all know it’s all about I.

Except, it is about I, which is today’s letter. 😉

An early memory of a favourite iSeries (if Apple start making their own TV shows, I want royalties for coining the phrase), would be Ironside.

A detective show (and grandad favourite), centering around Robert Ironside, the stoic detective who was left wheelchair bound after being shot by a sniper. Other than this added element, it was a regular, solid crime drama. As was Perry Mason, which until I wrote this post I believed to be the same show (or at least the name of the detective in Ironside)… 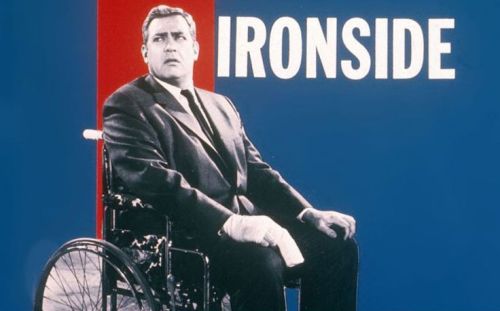 I mean, the characters WERE played by the same actor (Raymond Burr). The only difference is that one caught criminals (Ironside), the other prosecuted them (the lawyer, Perry Mason). I honestly just thought he’d learned to walk again after having treatment for his gunshot wound. Hmmm…

However, it’s another man with dual identities that tops the bill for this category. As a child, there were two things that sent me hiding behind the sofa in fear: thunderstorms and the Incredible Hulk. 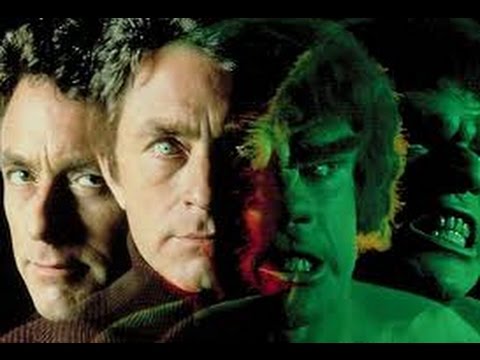 Nowadays, both are up there as favourite things to watch. Back then, the green angry monster may have terrified me, but I still tuned in every episode to find out where Prof. David Banner’s sad, nomadic lifestyle took him, as he searched for a cure to his gamma radiation poisoning. There was just a large proportion of it viewed from behind a cushion!

Aside from the titular character smashing and grunting his way around screen, the other aspect I remember was how sad the show was. The end credits for one thing!

Not until Mark Ruffalo took the helm in the current Marvel incarnation do I think anyone has given the character the emotional justice that Bill Bixby did from my youth. Never really understood why one was David and the other Bruce though. For a long time I thought the present-day Hulk was maybe his son…

But nobody can play the actual Hulk other than Lou Ferrigno – none of this CGI malarkey is as good as a man in green body paint! The fact I was lucky enough to meet him some years ago also helps with him keeping a fond place in my memories. 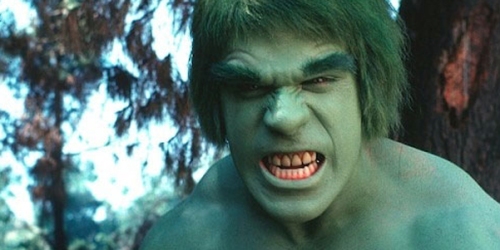 Why I thought it necessary to tell him, in great detail, how I would hide behind the cushions to watch him every week is another matter. But still, I’m sure I’m not the strangest fangirl out there…

13 thoughts on “Aloada A-Z Childhood Nostalgia: I is for…”