It should probably stand for ’empty’, as thinking of shows I watched as a child beginning with the letter brought up zilch.

There were several that were later: E.R., Everybody Loves Raymond, Ellen and a personal favourite –  Eureka.

However, go back to the 80s and I was at a loss. So instead, let me focus on two characters, who had films or cartoons in their name, to make up the post.

Firstly, I present to you…

Yes, the fuzzy little characters from Return of the Jedi, they had their own animated series, that I do remember watching, enjoying the exploits of Wicket and Co, high up in their tree-top homes. 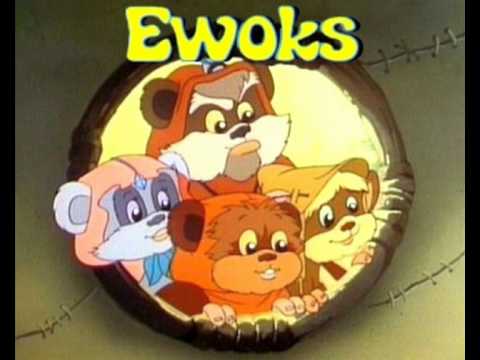 I can’t say it was a favourite, but because I was such a fan of the original incarnation of the creatures (hardened Star Wars fans, I apologise, but I love them…I even kind of like Jar Jar…), I watched out of loyalty, often clutching my little figurine.

However, who needs to worry about the lack of shows starting with E when we have the greatest film of all time?

I am, naturally, referring to E.T.

My hands-down, all-time favourite children’s film, it has everything: My first crush, Elliott (I had a lot of crushes). Suspense, intense emotional moments, adventure, friendships, edge of the seat chases and a solid, moral undercurrent, feeding every fibre of childhood wonder. 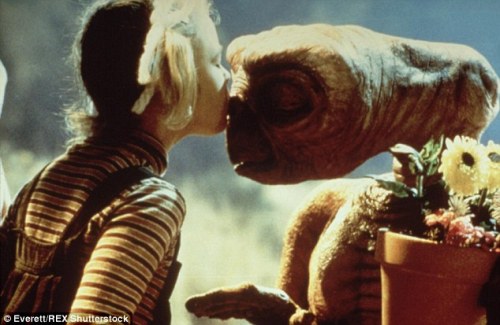 Not to mention a spectacular score (still one of the most magical pieces I’ve heard live) .

So, for filling me with joy every time I watch it, for remembering the tears of myself and my mum, whilst being laughed at by some teenagers in the cinema, only to hear them sob when E.T. leaves, for the swell of emotion that stirs every, single time I hear the main theme, I thank you Mr. Spielberg (and Mr. Williams). 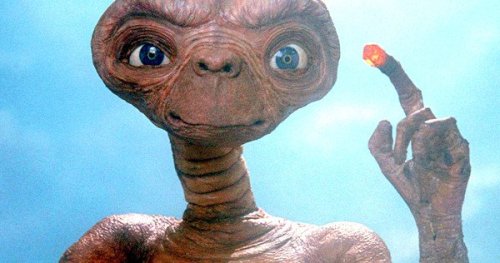 To me, this little extra-terrestrial is truly the greatest!

IMAGE CREDITS: My own, plus movieweb.com, dailymail.com and tvseriesfinale.com

2 thoughts on “Aloada A-Z Childhood Nostalgia: E is for…”