It’s ages since I’ve done one of these travel photography posts (if we’re not counting Iceland) and as we’re heading off tomorrow for a week in Portugal, it’s put me in the mood to look back on some past adventures.

Now, although I have used some of these images on the blog, I can’t believe I’ve not shared them in their entirety and talked about our whirlwind trip to the French capital! 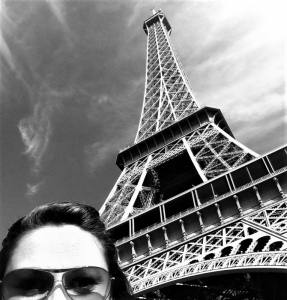 The final stop on our mini-European escapade, with only 36 hours until we boarded the Eurostar back home, we had a lot to cram in since landing from Rome!

In reality, after a very late arrival (that involved a long taxi trip where I surprised myself with being able to converse adequately with the driver), we only had one full day to sight-see.

This wasn’t a problem for me, as I’ve visited several times before but for Sam, it was his first time so I was eager to show him my favourite places.

Armed with all-day metro tickets, cameras, water and some comfy shoes, we set off to explore the city!

As our (minuscule!) accommodation was only a 20 minute walk away, our first, early morning, destination was Montmatre and the Sacre Coeur. This has long been one of my favourite areas of Paris, since visiting with school when I was fourteen. 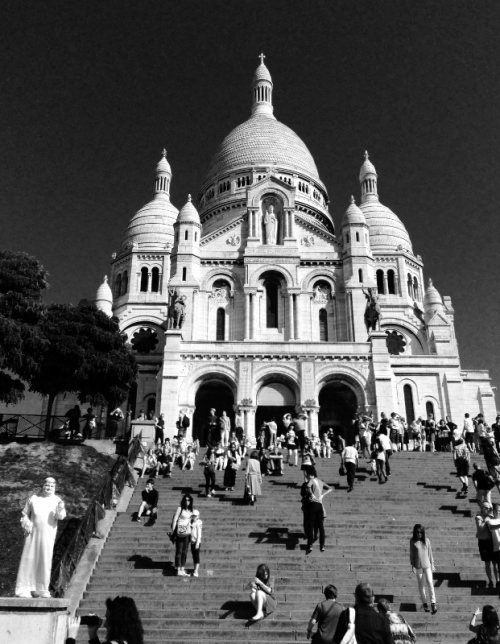 Not only is the church a beautiful piece of architecture, but the whole ambience of the surroundings, the cafe culture and street artists epitomised Paris for me as a teenager. Yes, this could be said of hundreds of other spaces in the capital but first impressions stick and this is where I immediately think of.

I was keen to get a photograph in the same spot where Audrey Hepburn had stood in one of her most stunning (in my opinion) images. Looking out across the city, the scene was so peaceful and I was glad we had grabbed a fresh croissant breakfast en route and beaten the crowds. 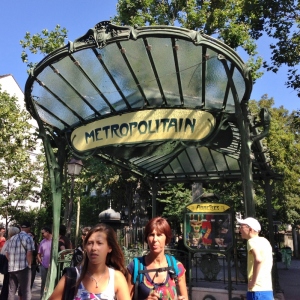 After a pootle about, we left and head to the nearest metro stop as the hordes of tourists began to arrive. Next on the list was The Louvre. Whilst I wasn’t bothered about queuing for the actual museum (in fact I’ve never been in and Sam was more interested in the Apple store!), I do love the environment and just…observing. 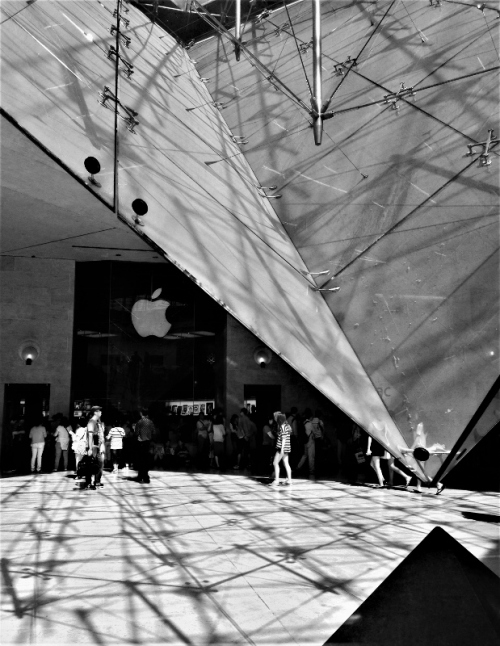 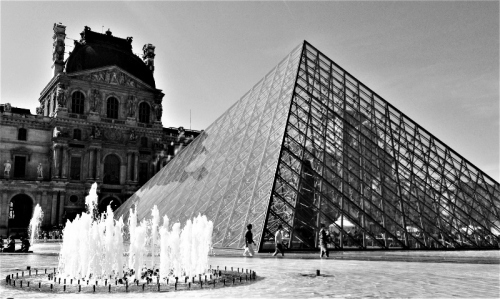 P might have been for ‘Paris’ but it could easily have been for ‘People Watching’. I could spend hours observing others as they take in the sights, all sharing a common experience. 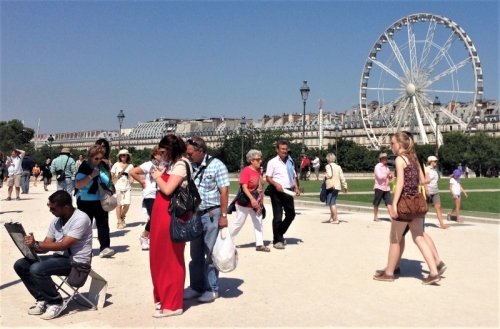 Once we’d grabbed a bite to eat in a riverside cafe, we head over to Ile de la Cite, to see Notre Dame. 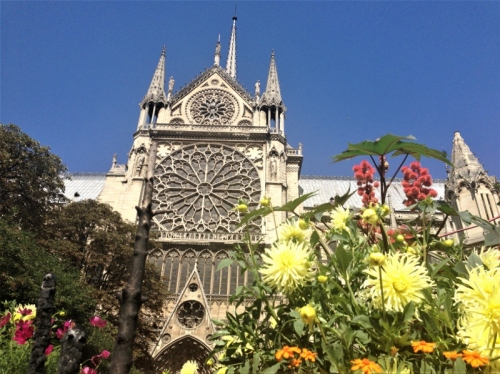 Its Gothic architecture is outstanding but this time I was more taken with the sensory gardens that were set up in the grounds. Each representing a different sense, the calm of the place was so lovely and we lost another hour or two just meandering among the flowers.

Naturally, a visit to Paris would not be complete without seeing the Eiffel Tower. Late afternoon was our first stop by the iconic landmark but I was adamant that we had to return in the evening, to see the lights that twinkle on the hour.

So, following a little time with the metal structure, we took a stroll along the Champs Elysee, taking in the Arc de Triomphe before returning to our hotel to freshen up for an evening meal.

Arriving back at Eiffel around 10pm, we could see we were in for a long wait to get to the top. Despite heights not being Sam’s most sought after pastime, I convinced him it would be a good idea to see the city at night from above.

The place takes on a whole different feel with the steel girders lit from inside and below, being gorgeous to see. We just had enough time to take some images on each level before realising it was almost midnight. A quick descent and we were able to capture the light show from the ground. 🙂

Our only worry was getting home – had our day long metro tickets expired? At almost 1am, we raced through the barriers of the underground to find we were allowed through on the tickets and off we went.

Now to get a few hours sleep before heading back to Blighty through the Tunnel. 36 hours in Paris, done! 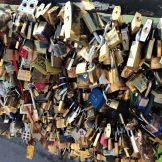 I’ll see you in a week or so, when I’ve unpacked and had time to pop out a post (Can you believe it’ll be my second Blogaversary?!). Until then, keep your eyes peeled on Twitter and Instagram for holiday snaps. Which may just involve artistic shots of wine glasses and suntan lotion! Thanks for reading and bye for now 🙂

Image Credits: All mine, so please be sweet and ask before sharing. 🙂

17 thoughts on “Alphabet of Travel Snaps: P is for…”