The Tour de Yorkshire cycling race is once again afoot (apeddling?) in the region, so I thought I’d re-share this post from last year, so that you can learn how to seamlessly mingle with the locals, should you be coming along for the ‘ride’!

As a proper born and bred Yorkshire lass, I thought I’d share some facts, lingo and general awesomeness about the UK’s largest county, to help you all become honorary Yorkshire folk and be astounded by its splendour!

So grab yer flat cap and whippet, stick kettle on fer brew and prepare to be educated ah kid!

WHAT (not) TO WEAR

The traditional attire for Yorkshire folk, is of course, the flat cap. No self-respecting gent, be they a lord, on’t tractor or darn pit, would leave the house without a tweed headpiece. Except Compo, but he was a law unto himself! 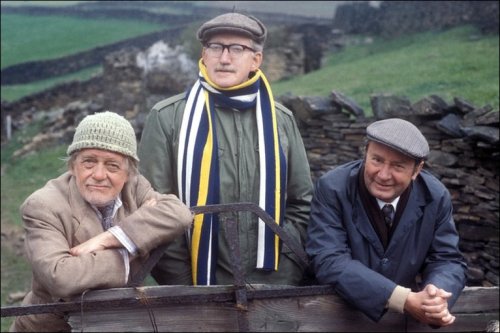 Unfortunately, these became somewhat trendy with southerners in recent years and the county had to rid themselves of the association by slinging them onto burning pyres. Turn up today wearing one and you’ll have to prove your heritage before being let across the border.

However, it’s not a bad idea to pack a sturdy pair of walking boots to ‘get up them there ‘ills‘ and wellies are essential if you don’t want to be covered in’t muck when traversing pasture land. But please no Chelsea boots, bowler hats or anything else worn by swanky toffs. Banned.

HOW TO SPEAK REET

It’s important, as with any country, to try out the language with a few local phrases and at least have a basic understanding of what’s being said. However, the Yorkshire lingo has many dialect variations and it isn’t as simple as sticking a T in’t front o’ words.

Hello = AYE UP or NOW THEN. However, more formal occasions should use ‘OW DO‘.

I’m good thanks. Yourself? = AM GRAND TA. THISSEN?

Is anything wrong? = WHAT’S UP YER MARDY ARSE?

Everything will be okay = IT’LL BE REET.

Most of the above are universally accepted, with more information found by clicking this link.

However, where I grew up (Hull), we have a language unique to us (just like our telephone boxes), saying things such as, ‘Back in bit. I’m off dern rerd to bag a dress in sale fer narn narnty narn.’ (Translation: Back soon, I’m going shopping to the local high street to buy a dress in the sale for £9.99)

Or, ‘Ere, mate, thezza fern curl fer yer.’ (Translation: Hello my friend, there is a phone call for you.)

And if you miss the last bus home and have no money for a taxi, you can always flag down a passing cyclist and ask, ‘Giz a croggy?’ (Translation: Could you possibly balance me on your crossbar and give me a lift home please?)

Bearing in mind that you’ve mastered the names for main meals of the day, what should you be eating?

Well, apart from a good steak and ale pie, obviously Yorkshire Pudding is a given. And whether that’s with a traditional Sunday dinner (lunch!), blathered in gravy or a giant version filled to the brim with meat and veg, it’s a tasty piece of baked batter. 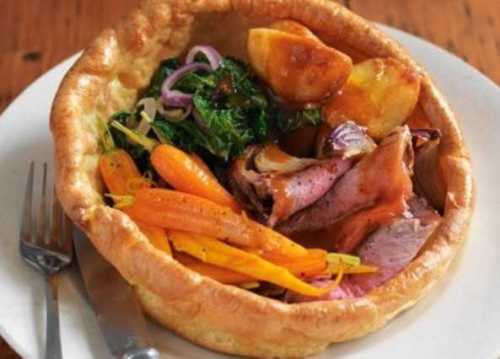 If you’re after actual pudding, try a Parkin, a ginger flavoured loaf, perhaps a bit of rhubarb crumble (we’re historically known for growing the stuff) or a Yorkshire Curd Tart – a traditional baked cheesecake, filled with currants and spices.

And whilst we’re on the subject of cheese, take a trip to Wensleydale and sample some of the crumbliest, tangiest dairy goodness ever. It belonged to Yorkshire long before Gromit got his paws on it!

Make sure you wash it all down with a good, strong brew. Tea should be served in a mug but made in a pot, unless you’re attending a poshed-up afternoon tea at Betty’s of York or Harrogate. In which case, china cups and saucers are acceptable. We’re not heathens! 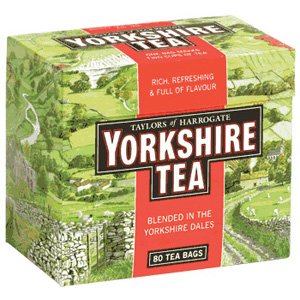 If you want something stronger, ask for a ‘pint o’ mild’ (a pint of ale). Yorkshire is awash with traditional breweries, from Timothy Taylor’s to Black Sheep or Wold Top. But if you’re after something less mainstream, try beers from Atom (Hull), Magic Rock (Huddersfield) or Brass Castle (Malton), to name but a few.

And finally, you can’t go to Hull and leave without tasting a patty – mashed potato with sage and deep fried. Go outside the boundary, and it’s likely nobody will know what you’re talking about. This delight of fish and chip shops is generally never seen elsewhere in the country, unless a fan tries to imitate its flavour. It never works, there’s always some magic missing.

Famed for its breathtaking scenery, Yorkshire has something to appease everyone’s aesthetic taste-buds.

We have fairytale forests and chocolate box villages.

There are Gothic cathedrals… 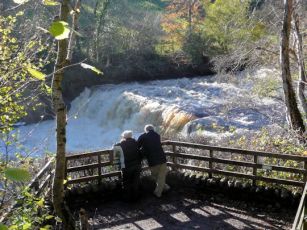 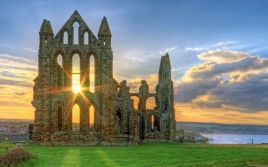 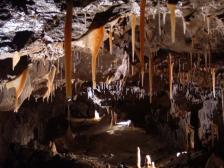 What is there not to love?

If you’ve been t’ pub fer a pint o’ mild, chances are you might stick round to show off how clever yer noggin is in a pub quiz. So fill up the brain cells with these bits of Yorkshire trivia!

Did you know that…

Now you do. And I could go on and on and on…

THINGS TO BE THANKFUL FOR

Love your football (soccer)? Then give praise to the founders of club footie as Yorkshire is where it all began. Sheffield FC is recognised by FIFA and UEFA as being the oldest football club in the world (established 1857) and the FA’s ‘Laws of the Game’, which are still used worldwide, were written by a Hull bloke, Ebenezer Cobb Morley.

Another Hull lad, William Wilberforce, who was MP for Yorkshire, was instrumental in the abolition of the slave trade and also founded the RSPCA (Royal Society for the Prevention of Cruelty to Animals), the oldest animal welfare organisation in the world, with his mates in 1824.

Toilets. We all need them and the flushing necessity that we use today is all thanks to, you guessed it, a Yorkshire man. Okay, so they were actually invented in the 1500’s for nobility by Jon Snow’s ancestor. But the aptly named Thomas Crapper, a plumber from Thorne, spread the word and made their usage more popular in 19th century.

‘Please keep your seat belt on until the light goes off.’ Well, if it wasn’t for Sir George Cayley from Scarborough, we wouldn’t have either seat belts OR possibly planes. An incredibly intelligent engineer, he not only invented the safety device (among many other things) but is credited with being the first person to understand the principles of forces of flight.

Cat’s Eyes. Not the ones found in your common moggy but those reflective studs in roads to mark lanes, slip roads etc. Invented by Percy Shaw, from Halifax. Yorkshire.

And finally, if it wasn’t for our civil war against the Lancastrians (just don’t mention the result) the world would not have Game of Thrones. You’re welcome.

You are now armed with enough knowledge to mingle seamlessly with the natives and enjoy our beloved land. Don’t worry if you forget a phrase or two, we’re a friendly lot. Just don’t go asking for a frappe-choco-latte-mocha-whatnot with a hint of cinnamon. We haven’t got time for any of that barmpot nonsense!

15 thoughts on “How to be proper Yorkshire!”