It’s time to show off the artistic talents in this week’s edition of the Moodle Army. This time, we’ve been turning to the past with a theme of ‘Look Back‘!

There were many ways this theme could have been interpreted but it seems we all love a bit of nostalgia and geared our Moodles towards this.

Mine is both a look back to the past and being able to benefit from hindsight, as I’m currently deciding whether to lop off my very long hair. However, recently finding images of me with an 80s bubble perm and stupidly high backcombed fringe reminds me that I’ve not always had the best choice of hairstyle! 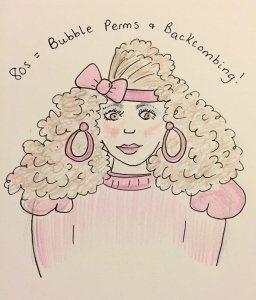 What was I thinking? Or my mum for allowing it, for that matter?! I have naturally thick, curly hair, yet believed that added curls from a perm would make it look better. I think I was just trying to grow it sideways so it balanced out the shoulder pads 😉 It’s clearly so thick I can’t even find my earlobe…

Still, it’s marginally better than when I had a bob cut, that became triangular due to thickness (people used to call me Worf from Star Trek Next Gen…) or the time I had it cut short in an attempt to look like Natalie Imbruglia which resulted in looking like someone had put a bowling ball on my head.

But live and learn I guess!

On with this week’s entries – Don’t forget, there will be a new challenge tomorrow at 9am – join in, share and spread the Moodle love!

Reflecting on the past, in a Moodle that works on many levels, is Sue!
Space, Time and Raspberries

Being mindful that not everyone likes to ‘Look Back’, Sandra has taken things literally. What Sandra Thinks

Suggesting we ‘Don’t Look Back in Anger’ with classic 90s lyrics is James!
James Proclaims 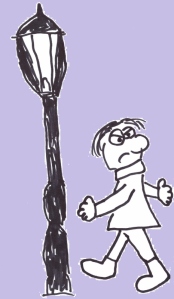 Amanda is unraveling a 90s nightmare with a cassette tragedy!
Inside the Life of Moi 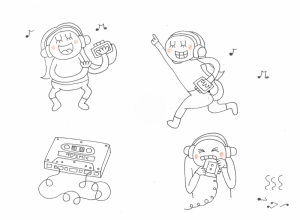 Image Credits: Mine, tvbuddy.com or via links given.