Ten days ago, after a five day adventure, we said our goodbyes to a country that captivated, mesmerised and enchanted us: Iceland!

As many of you know, a trip here has been on my bucket list for years. I adore wild, open wilderness, I’ve had a fascination with volcanoes, earthquakes and geology in general since being a child and I hoped to one day witness the Aurora Borealis. Iceland promised all this, along with a land that is steeped in folklore and fantasy. I failed to see how I could be disappointed. 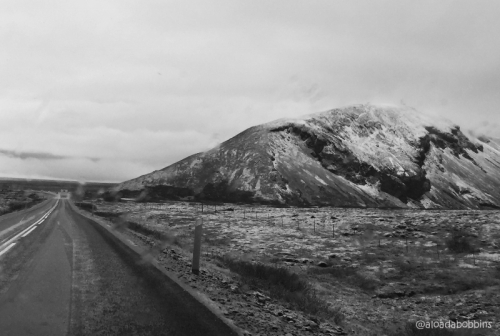 But I still worried.

When you build something up in your mind for so long, you’re bound to be heading for an anti-climax. Yet, as the first sentence suggests, we had nothing to fear. Throw every superlative in the book at Iceland and it still won’t capture how awe inspiring it is.

We experienced four seasons in one day, dipped in hot pools whilst an icy storm whipped around our ears, saw more rainbows than I’ve seen in a year in the UK and looked upon landscapes that seemed more like alien territory. We were hooked! 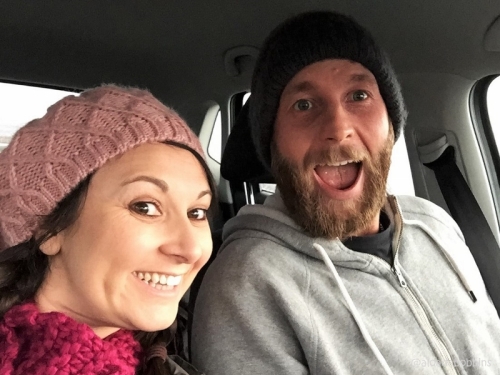 And despite immense trepidation of ‘driving on the wrong side’, we hired a car and explored at leisure, naturally taking oodles of photos! These here are of the famous Golden Circle tour, approximately a 150 mile round trip from Reykjavik.

Once outside the capital, roads are fairly quiet yet well maintained. We steadily climbed into the mountains, passing moorland and lakes, Nordic style churches and farmhouses, en route to Thingvellir National Park. (Side note: We were lousy at pronouncing anything…so let’s just call this Thingy!) 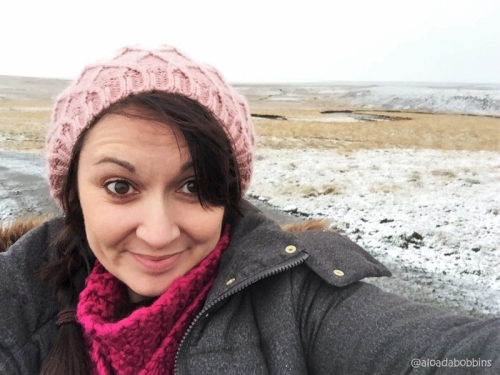 We didn’t go into the village (town?) of the same name, where the first parliament was held, heading instead to the information centre before going for a trek around some tectonic plates!

This is where you can see the Eurasian and North American tectonic plates pulling apart and causing a large fissure – except they only move around 1-2cm a year…so it would be a very loooooong timelapse! Still, pretty cool, especially from a former budding seismologist’s point of view. (Oh, and they also filmed some Game of Thrones here – whoop, whoop!)

From here (and after drying off with the help of the heated seats – such a godsend!), we drove higher towards the very visible plume of steam and the geothermal area of Haukadalur .

Home to the original geyser, (‘Geysir’), the land smells worse than a teenage boy’s bedroom as it spits and bubbles sulphur fumes from the abyss. Technically, the one which still erupts and entertains the masses is Strokkur, shooting into the heavens every 5-7 minutes, occasionally raining down on the squealing audience!

There’s also a welcome toilet stop here, with a cafe and gift shop – but seriously, who buys £9 cans of nowt?! 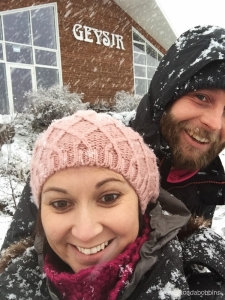 Chased by a blizzard on our way to Geysir, the fat flakes of snow finally caught up with us, transforming the hills and trees in to a quintessential winter wonderland. Perfect!

Possibly not as perfect for driving but Sam was a trouper and navigated us safely down the other side, even stopping for me to talk to a herd of Icelandic horses. These native animals are exceptionally hardy – and inquisitive! I almost lost my hood to their nibbling! 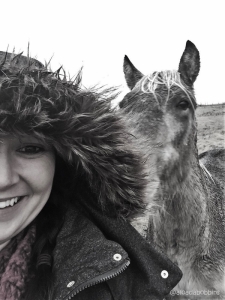 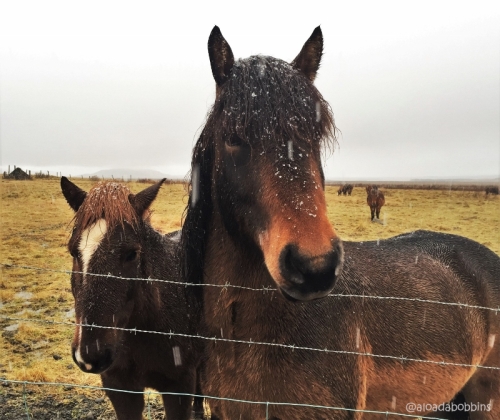 We made numerous other stops as Kodak moments continued to make themselves available – something we couldn’t have done if on an organised tour. Finally, taking a small detour off the main route, we reached the parking area for Gulfoss, one of the most renowned waterfalls in the region.

The weather was turning wet, windy and foggy again, so we didn’t spend too long despairing over the tourists getting off a bus – IN SANDALS!!! Not to mention the man wearing a business suit…

Anywho, some quite slippery steps led the way to the falls and as Sam was in front, he got the first view. He’s not easily impressed but a very loud, ‘Holy s&*%!’ confirmed that this might have hit the mark!

With a mixture of rain and glacial runoff, Gulfoss is the largest volume waterfall in Europe. The roar of the water sounds beast-like and you can get incredibly close to the action, if you don’t mind a little climbing. 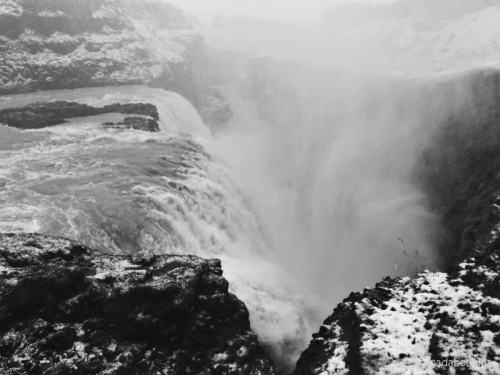 Despite a bus tour turning up, it never felt crowded and we spent quite a while here, just listening to nature. Unfortunately, the weather meant the surrounding area was invisible to us, but it did provide a dramatic background for monochrome images. 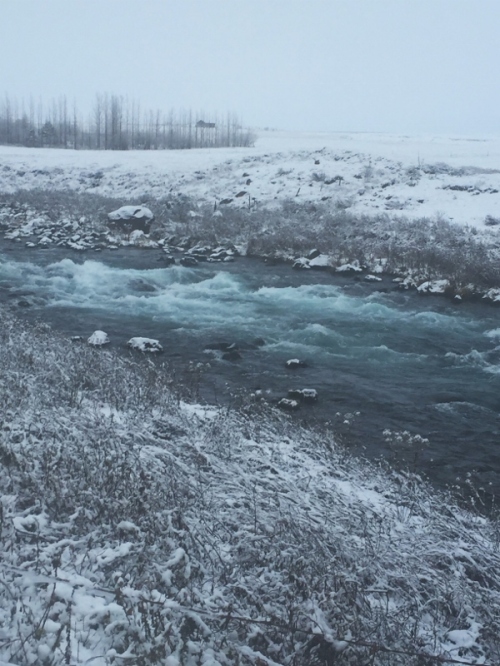 We were now on the return loop towards Rekjavik, as the sun was moving to the horizon. The land opened up to vast plains with dream cloud formations skudding behind mountains, as we entered every photographer’s favourite hour: golden time. 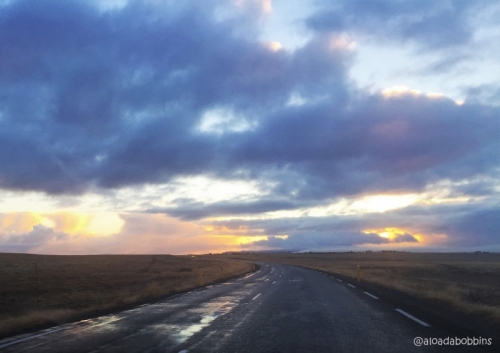 We made one last stop at Kerid crater – a lake formed within an old magma chamber. However, we noticed there was a charge to get in (about £4) and as we didn’t know how long the walk to the crater was, we decided not to bother and get as close to home with the remaining light.

The final leg of the journey was fascnating. The whole landscape was alive with natural chimneys, blowing into the atmosphere, amongst jet black lava fields covered in a sprinkling of snow. With the fading light it looked surreal!

Arriving back in Reykjavik in darkness, after about 9 hours adventuring, we were exhausted but buzzing. If this was only a sampling of what was on offer, we couldn’t wait to set off again and explore more – after a good night’s sleep of course!

In Part 2, we go south…to a fantasy land of trolls, volcanic beaches and hidden waterfalls!

Image Credits: All my own or taken by Sam!

23 thoughts on “A Journey Through Fire and Ice: Part 1”