It may be Fourth of July weekend but here’s my fifth offering of things I’ve found enjoyable on the tinterwebs! This edition I have a round-up that includes, among other things, kitchen appliances, slow motion craziness, the vivid canvas of our planet and… regurgitating robot rabbits.

Let me know what you think and if you’re celebrating Independence Day, have an awesome time and enjoy! Catch you laters. 🙂

Mastering a musical instrument takes time, patience and a certain amount of natural aptitude. Even if that instrument is… an oven door!

I absolutely love this father and son team from Down Under – dad is obviously talented (with and without a drill) but his son is a natural with his chosen percussion tool, just look how cool he is! I defy anyone to play a kitchen appliance with as much presence and attitude. Check out their other music videos that are seemingly uploaded by big sis!

Last month, British astronaut, Tim Peake, returned to Earth after his six month stint on the International Space Station. Aside from it being a historic event for British space exploration (he’s the first Brit to conduct a space walk for example), Major Peake was able to demonstrate his newly acquired skill of space photography.

Shared via Twitter, some of his best shots were circulating again at the time of his return and there’s no wonder people found them captivating. Here are a few of my favourites – just the different perspective of the Earth I found fascinating. You can see more of his images here.

On a similar theme, other stunning photos of our planet emerged last week, via National Geographic. These gorgeous images show the patterns within the rocks, inside a salt mine in Russia – such a wealth of beauty, hidden below the surface of our world. 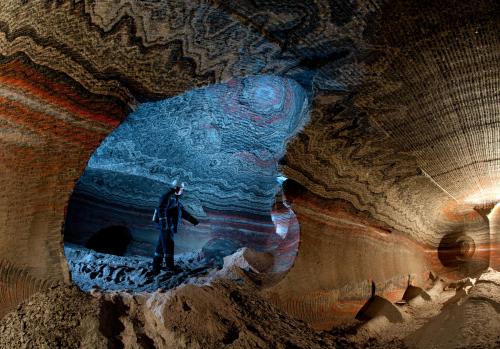 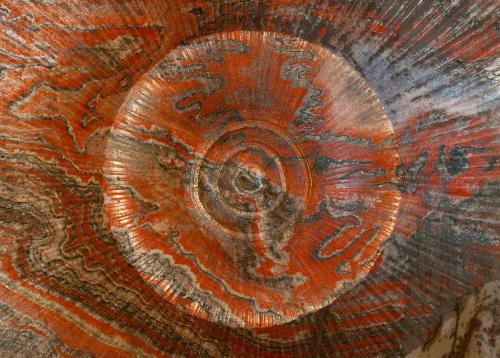 This story just made me giggle! I’m all for a harmless, practical joke and when that joke involves a large organisation or crowds of people, even better.

Obviousplant, a comedian from California, pranked the public at LA Zoo by replacing the information cards with some of his own – genius! Check out a few of the other great ones via (appropriately) Bored Panda!

I’ve mentioned before that I have a friend who likes to share Van Gogh related news story with me…(it’s a moderately long story!) But thanks to Steve, of Steve Says, who shared this on Twitter, I was able to send her something for a change!

This recreation of VG’s ‘Starry Night’ by Garip Ay, is not only accurate but coupled with the fact it’s made with ‘dark water’ (a paper marbling technique), the transient nature of the medium makes it incredible. Enjoy and make sure you watch to the end!

We can’t all be Van Gogh. Gavin and Dan certainly are not but they are The Slow-Mo Guys and they’re a bit mental. I’ve watched them for a while, as they try to find more and more unusual things to film in super slow motion – generally to the detriment of poor Dan.

Their latest video involves swinging a sledgehammer at some spray paint cans (Definite no-no unless you’re protected. Behind a concrete wall) and filming the subsequent explosion to create some abstract art.

It’s a long vid, so maybe scroll towards the end but seeing how the cans spin and release their contents / pressure is quite mesmerising. And pretty. Make sure you have a look at their other videos, some seriously cool stuff!

And finally, this weird offering of creativity from English animator, Cyriak. The short, titled ‘7 Billion’, was born out of wanting to see what seven billion of something looked like, as that was the population of Earth at the time of conceiving the project. And we all know what rabbits are like for reproducing…

And so we have a quirky, slightly disturbing, off-key collection of bunnies. All his videos are bizarre…I quite like this one but the one below has haunted my dreams for years…