Typical northerners, always banging on about the weather. Five and half seasons we’ve listened to the members of House Stark utter their family motto, ‘Winter is Coming’ with more than a hint of urgency that we best all be prepared for an extended cold snap.

50% of that image is true… you decide whether to read on!

But now, the white ravens have been sent out from the Citadel, heralding the arrival of an almighty Ice Age: Does that mean House Stark change their words, now Winter is Here?

I’m musing and rambling because Season 6 has ended, the withdrawal is beginning to set in and I need to imbibe as much Game of Thrones anything to see me through to next Spring. I’m not prepared, I’d make a lousy Stark!

So seeing as it’s still Westeros Wednesday somewhere in the world, here’s a list of things I liked the most in Season 6. Strangley, I didn’t feel as excited by this season but there have been some AMAZING stand out moments for me.

As much as I enjoy Jon Snow, and Dany, there are only two main characters I’d be 100% devastated in losing now: Arya and Tyrion. And despite those four (plus Incest United) being pivotal players, I’ve found most of my love of this season going to those on the sidelines (not ‘appy Marg has been melted). 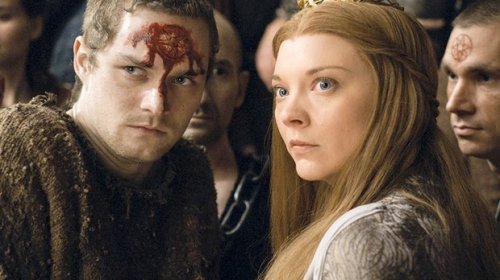 So here are my Top (tried to make it 10… couldn’t pin it down) moments of Game of Thrones, Season 6, in no particular order. Would love to hear what yours were! What do you mean you don’t watch it?? Pfft and Tsk! 😉

1. Like most of the Internet, I love Tormund and Brienne as a ‘couple’ (and the potential for a love triangle with Jaime) But, where IS Brienne… Did I miss why she wasn’t at the Battle of the Bs?

2. Tormund not having a clue about flanking moves and taking everything Davos said literally!
3. Tormund… it’s a Viking thing. Okay, I’ll stop now…

4. Ramsay (hear me out…) just like Joffrey, he was someone great to hate. And a superb actor. I’ll miss loathing him a bit (and Walder Frey for that matter.)
5. That mosh pit of a battle in E9 – so grimy, so well shot, sooo cool when they went all Gladiator with the shields.
6. The Finale: Best one ever. The opening was epic with the music making it for me, chillingly on point.

7. Oh and Cersei’s outfit that I’ve seen brilliantly referred to as ‘Darth Julie Andrews’. Definitely channeling a bit of Joffers and Tywin here.

8. Tyrion trying to make friends with Greyworm and Missandei. I man walks into a bar…

10. Tommen sounding like he threw his crown in a bin! (Which threw me off even more with his shock…exit.)
11. Any scenes with Jorah, Davos or Varys. I could listen to Davos muse over battle plans ALL. DAY. LONG. 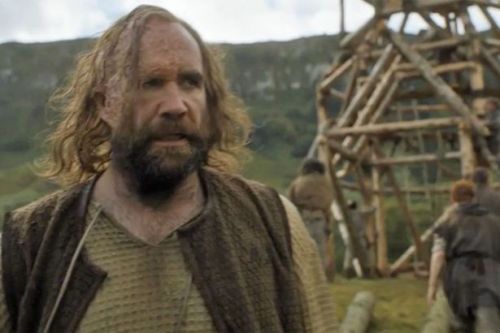 13. The way Yara struts around and her subtly suggesting a bit of lady action to Dany and Miss. Stormborn seeming more than a little intrigued.

14. Theon redeeming himself… again, superb acting.
15. Sam and Gilly’s interactions – they’re just so sweet!
16. RIP HODOR😦 Truly one of the most distressing scenes I’ve watched in a long time. So many tears.

17. Lyanna Mormont for President! And our PM! In fact, let her rule the world!!!

20. Sansa. I’m still not a huge fan, but three cheers for her complete transformation to badass. 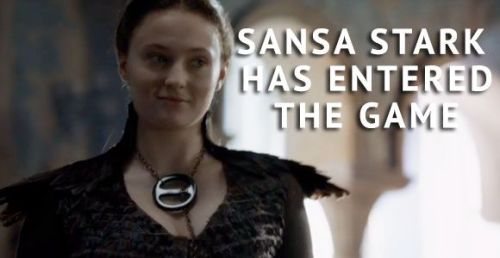 21. Littlefinger’s expression at the declaration of the King in the North. I hope he’s in it more next season.
22. Finally a great scene with the Sand Snakes… thanks to Lady Olenna!

24. And yay to Tyrion finally making Hand of the Queen! (Called it… it might be in the books but I’ve only read three!)

I can’t honestly say I was that bothered by the reveal of Jon’s parentage… I understand it will have been more of a pay-off for book readers or oppositely, someone who had no idea but I’d read things online to corroborate my suspicions from the earlier books and investigated the theory, so it didn’t feel new. Perhaps that’s why Hodor’s reveal was sooo shocking to me.

There were also many things I didn’t like this season, mainly elements that seemed pointless: poor Dorne, again, the unchaining of dragons, the other red witch, Waif training camp etc but in general, the rose-tinted specs came out and it still tops everything else on TV.

Well that’s it, Winter is Here but I Dream of Spring and the final? penultimate? installment of this awesome journey. I hope Ghost turns up in that boat with Brienne and Pod.

Six Seasons and Movie? Oh please someone push that idea…