This third edition of things I’ve found interesting on the web has a distinctly arty / photography slant to it – what can I say, I do love a little creativity to brighten my day!

Seen anything worth sharing in your wanders through the webisphere? I’d love to hear about it in the comments. 🙂

It’s not all creativity from behind the lens this time – let’s begin with this fabulous song by the OITNB ladies. Amazing in itself, it’s a tribute to Peeno Noir, a song that any fan of Kimmy Schmidt, that Unbreakable girl, will have stuck in their heads, along with the theme tune.

Kind of a weird twist that it’s by ‘inmates’ who can’t escape, unlike Ms. Schmidt. They’re insiiiiiide, dammit! 😉

IT’S ALL A MATTER OF PERSPECTIVE

So this story sprang up on my Facebook feed – a man in London found a dead, giant rat. Check out the size of its feet!!

After reading about the 4 foot monster (and feeling slightly perturbed that there were likely a group of mutant turtles around the corner too), I shared on Twitter. However, I’d not done my homework and it seems it may have been a hoax and the rat was only 2 foot long (still pretty  big in my opinion!)

The image was possibly created by forced perspective: holding an object in a clever way, close to the lens, so that it appears bigger than it is. I’m sure there have been plenty of recipients of dodgy Snapchats that have experienced the phenomena…

Anywho, in the same day, I also saw this clever little snippet, definitely worthy to be included it in the same category. Enjoy!

Following on from last edition’s look at fabulous make-up artist, Saraswati, who recreated Disney princess costumes with her hijab, this body paint spectacular caught my eye. Again, it’s all a matter of perspective but even in 2D form, the skills of cosplayer, Kate Pike, are formidable.

Using body paint to portray comic-book character costumes, she goes one step further by bringing them to 3D life in her Instagram videos. I urge you to check them all out and read more about her here!

More superb skills with a make-up brush, these mini pop-culture landscapes have been painted by artist Tal Peleg. From Frozen to The Shining, there’s an incredible amount of detail for such a small area. Blink and you’ll miss it! Read more here. 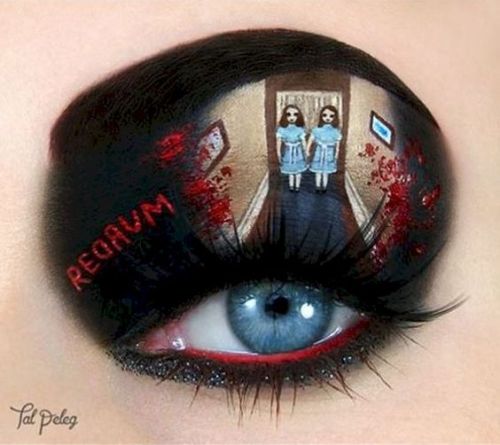 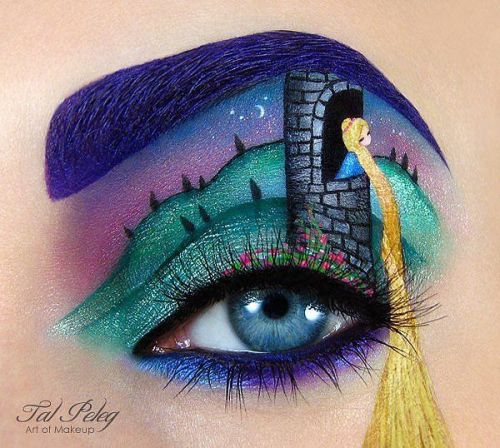 I love Felicia Day and anyone who’s a fan knows she’s a full-on geek, loving all things cosplay / fantasy / adventure etc. Oh and like me, she’s a faddist! And now, she’s also a futuristic warrior, courtesy of some beautiful armour developed and constructed via a 3D printer.

The capabilities of these machines blow my mind and is another testimony to the intelligence of the humans who work them! Click for full story.

This portrait study, by photographer Joel Sartore, is outstanding. He has undertaken the gargantuan task of photographing every living creature on the planet, to document them before they are wiped out.

Using a style normally suited to celebrities and magazine covers, he brings a clarity to the creatures’ markings and characteristics that are often unseen. 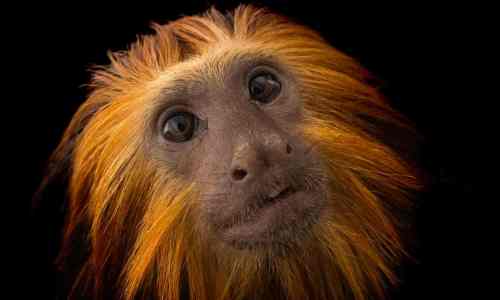 The aim is not only to catalogue our vast array of wildlife but also highlight their plight in a way that, hopefully, moves us to do something about it. It’s a sobering thought to think that some day, these stunning images will be all that’s left to tell future generations what magnificence we helped to destroy.

Images via  Joel Satore (link above) and National Geographic, where you can read the full story and donate.

Until next time, thanks for reading! 🙂

Image Credits: Youtube and via links to websites given.