Here’s the second installment of online delights that have captured my attention over the last couple of weeks. If you follow me on Twitter or Facebook, (or have an internet connection!), you’re bound to have seen some of these already.

Web of Wonder #2 is another mix of music, history, nature, art and beauty, plus some science and general madcap tomfoolery! Seen anything worth sharing in your wanders through the webisphere? I’d love to hear about it in the comments. 🙂

OK Go, the alternative rock band from Chicago, are at it again. I don’t mind their music but I’m also not their biggest fan. However, what I do love (as many fans do) are their videos.

Always quirky, usually single-shot creations (which in itself is part of the appeal), the latest video sees them filming in zero gravity on board a Russian aircraft. Have a look, then check out some of their earlier work if you’ve not seen it – a well choreographed extravaganza!

From OK Go, to… okay, go and have a word with yourself! Urbexing (urban exploration), for the purpose of photography, I get. I’d even like to try it out. But this…nope! 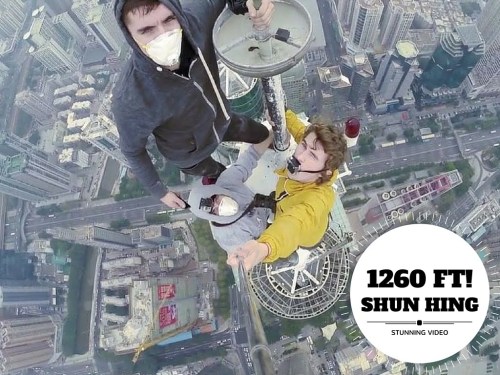 I’m not afraid of heights but this had me feeling a little queasy if I’m honest. These crazy fools have been scaling towers and known landmarks for 5 years, all to get the perfect, unique shot. If the single image hasn’t put you off, you can read the full article here, via Huffington Post, and see the video that shows their ascent.

For more of their photographic adventures, check out their website here.
Remember not to try this at home, kids!

Malaysian make-up artist, Saraswati (known as ‘Queen of Luna’), has been showing off her remarkable talents by recreating the look of Disney Princesses and villains. If the make-up transformation wasn’t talented enough, the use of her hijab to create the hair is genius.

Her ‘Alice’ and ‘Jafar’ are two of my favourites but there are many more, including DC and Marvel characters – read more of her story here. (Images from Daily Mail, via Instagram). 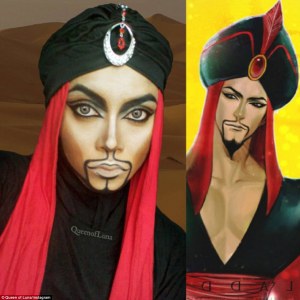 This caught my eye a couple of weeks ago, tweeting that I should thank myself lucky and not moan about clearing a few leaves out the garden!

In essence, ‘Hairy Panic’ tumbleweed has been causing…well, a hairy panic for the residents of a town in Australia! The sheer volume of the plant that needs to be cleared daily, is astounding. It just baffled my head how much blew in! (Read the full details here.)

These surreal images are part of a series by photographer Ochoa de Olza, depicting ancient festivals that are still practised today. These showcase the Rite of Spring festival, known as ‘Las Mayas’, held in the Spanish village of Colmenar Viejo, which dates back to medieval times.

Girls, between the ages of 7 and 11, are selected to represent their families then dressed to sit on a decorated alter for two hours, whilst people come to view the displays. Finally, the village residents head to church for a celebratory mass. 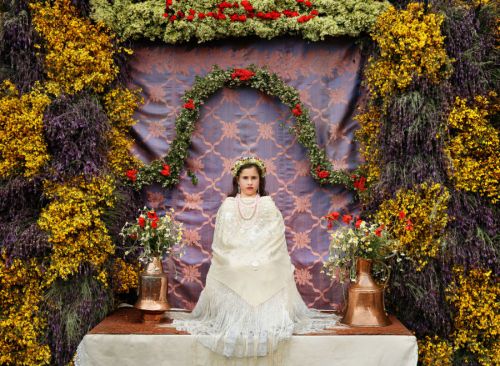 It’s a bizarre festival and one that some people may object to, given the age of the children (by some of the expressions, I think the participants object too!). However, I enjoy that such an old tradition is still being carried out and that it gives the village which it is particular to, such a unique identity. (Images via National Geographic – more here.)

Do you ever venture into the countryside and imagine the man-made structures come to life? I do. I’ve often thought that wind turbines are like huge sentinels, watching over us or that the electricity towers are an army, marching across the hills!

So, I was very excited when I saw these this morning and immediately found another reason to visit Iceland! Unfortunately, on further research, these amazing, sculptured electricity pylons are so far just concept art. However, the architects (Choi+Shine) have been in talks for a number of years and hopefully by 2017, these giants will adorn Iceland’s landscape in a picture of beautiful functionality. Full proposal here. 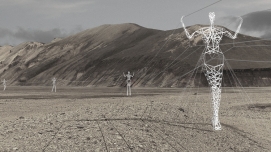 In other, science-y news, look how versatile Ferrero Rocher are…

Image Credits: Youtube and via links to websites given.