Before I head into review-ville…

Yes, the 1st of August celebrates all things Yorkshire, the largest (and greatest!) county in the UK, apparently full of no nonsense grafters who single-handedly won the Olympics in 2012. (I’m obviously biased, having occupied a small area of this county all my life and very proud I am to be a good Yorkshire lass!) 😉

Okay, on with the post! I’d thought I’d been lacking in the TV and Film category of late (I may have to rename it), so today I bring you a selection of 5 reviews: A film, a series, a book, a show and a game. I’m no expert / critic, so these are merely my own opinions on things I’ve enjoyed over the last few weeks or days.

THE FILM: Ant-Man
I’m a bit of a Marvel-addict when it comes to films and TV, much preferring them over their DC counterparts. Perhaps it’s because I love all the over-arcing tie-ins and nods to the fans that follow the stories outside the realms of a cinema, that so far DC have failed to achieve.

That said, I’m not a comic book reader (any background comic knowledge usually comes from S), so Ant-Man, much like the unlikely heroes of Guardians, had not been on my radar. I wasn’t sure what to expect but the result was another super fun ride through Marvel’s cinematic universe.

Why I liked it:
I did not expect Paul Rudd to seem at all like a super hero. When I consider him against the inner strength of Chris Evans’ Cap America, or the ultimate swagger of RDJ’s Iron Man, I just couldn’t see it. But I was so wrong because for this character, Rudd nailed it. Scott Lang (aka Ant-Man) isn’t a typical super hero, he’s reluctant. Not in the brooding sense of the Hulk and neither does he gain delusions of grandeur or have any real axes to grind. He’s simply an ex-con who wants to turn over a new leaf and make his kid proud. He ends up being one very cool dad indeed! 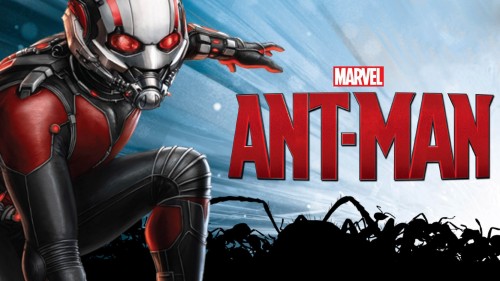 As well as the spot-on performance by Rudd, adding enough ego and humour whilst still being relate-able, there are great performances by the rest of the cast (including Michael Douglas and Evangeline Lilly) as a traditional good versus ‘good-turned-evil’ plot unfolds. Plus, there are some interesting viewpoints of a shrunken world – it’s like a much improved version of ‘Honey, I shrunk the kids...’. The first time he shrinks, it’s a whirlwind of different scenes and scenarios that I’d like to view again just to take it all in!

Then there are the subliminal (and blatant) references to the Avengers / Shield (that annoyingly often take me a while to work out, whilst S sits clapping his hands gleefully!) The wonderful Hayley Atwell pops up as Agent Carter and of course, like every good Marvel fan knows, one must wait until the end of ALL the credits for the extra snippets of things to come. 😀

It’s a fun summer film, whether you just want a rainy day outing with the family or you’re a hardened Marvel-er, which can be enjoyed easily as a stand-alone flick. What are you waiting for?!

THE SERIES: Humans
This sci-fi series is set in a seemingly present day, yet with increased tech capabilities. Everyone has, or wants, the latest gadget, a synth – a human like robot that will carry out everything and anything imaginable. The series centres around a British family, who are beginning to show signs of strain and reluctantly purchase a synth to assist them in daily household tasks. Not every member of the household is happy about this – notably the mother (played by Katherine Parkinson) who is suspicious from the start. And rightly so, as we soon discover the synth Anita (Gemma Chan) has greater, possibly sentient understanding of the world and may not be alone!

Why I liked it:
It may be a little…British…for some people (as a viewer of mainly American TV, the best description I can give of this is that it never seems as glossy or as high budget – unless it’s a period drama!) However, I’ve thoroughly enjoyed it, not only for the questions it raises about society and our future as a species, but because of the eerie performances by the ‘synth’ cast.

Gemma Chan seamlessly flits in and out of machine / sentient being mode and all the other actors are on point with bringing these ‘robots’ to life. I found I was instantly empathising with the synths and feeling sorry for their lifestyle and / or existence, which was nothing short of slavery. Then there were the ones regarded as family members which brought a whole host of other emotions when they were on the blink!

Is this the way society will go in the future? Check it out and form your own opinion. It’s available to watch on Channel 4 and AMC.

THE BOOK: Dancing Jax series
I’ve actually just started the last book in this supernatural trilogy (Fighting Pax), by Robin Jarvis. I’ve always been a huge fan of his work and that perhaps explains why I’m reading when it’s marketed as teen / young adult fiction! Everything I’ve read from him has a twisted, supernatural vibe, from the Deptford Mice series to the Wyrd Museum, but as he’s progressed as an author, his writing has become increasingly darker. Therefore, whilst I would say they are suitable for 9 upwards, a word of caution with this particular series (think the last few Potter books then add in some gang warfare and cannibalism…).

However, as an adult I’ve loved reading it – although there have been some aspects that have even turned my stomach. The series centres around a fictional book that has been rediscovered after many decades. This seemingly innocuous book appears to cast an enchantment on anyone who reads it and transports them to a fairytale land. What’s so wrong with that? Well, it all appears to be a ploy to achieve world domination by the evil forces of the underworld – unless one maths teacher can stop it!

Why I like it:
It’s gruesome and horrifying but with enough elements of humour to keep you from being dragged into a pit of despair. It also offers as a great analogy for society today and how things can go viral, how people jump on bandwagons and social media / peer pressure can destroy folk.

THE SHOW: Derren Brown – Miracle
I adooooore this man! If you’ve never heard of him, he’s an illusionist / mentalist / generally freakishly clever human. Miracle is his latest theatre show that I was lucky enough to see last week. It’s much more low-key than previous shows, taking the theme of positive mental attitude to heal rather than relying on a helping hand from a god. Derren tries to debunk all things paranormal, such as mediums or the current topic of faith healers, saying it’s more about misdirection, reading body language and suggestion.

Why I like it:
The show has loads of audience participation that not only serves to authenticate what he is doing but is also marvellous fun. I should know as both myself and my mother have been up on stage and subjected to his ‘experiments’! Even if you believe in all the things he doesn’t, Derren is an amazing man and a testament to what the human mind can achieve when trained.

New dates for the UK leg of Miracle have been added, but if you are unable to attend I urge you to seek out his prior work available on DVD and see what you’ve been missing. It’s astounding! (Did I mention I love him?! Good.)

THE GAME: Monument Valley
Remember that scene in Labyrinth when David Bowie is trying to outwit Jennifer Connelly on those Escher-like stairs? Well this game is that scene. Although I love games, I’m not a huge gamer (mainly because I’m rubbish) and I play very few phone games – but this little gem captured my interest. 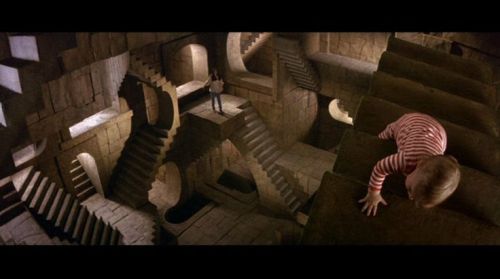 It’s been around a while and is available on all major phone formats. Essentially, you must direct the ‘princess’ around a magical world, but her path is often not as straightforward as it looks. Here’s the trailer to give you more of an idea.

Why I like it:
It’s simply beautiful. The game itself isn’t particularly taxing if you are able to visualise archtiecture from different viewpoints. But the graphics are so pretty and I enjoyed the concept of really having to mentally step into the world to figure out my path. From an educational point of view, I think it’s great for problem solving and again visualisation, a skill that is often lacking in children and one that is being pushed, especially for maths, at the moment.

And there endeth my review session. I hope it’s given you something to muse over and perhaps something different to entertain you. Which films, shows, books or games have you been enjoying? Let me know in the comments, I’m always eager for new material!

One thought on “Muse + Choose = REVIEWS!”