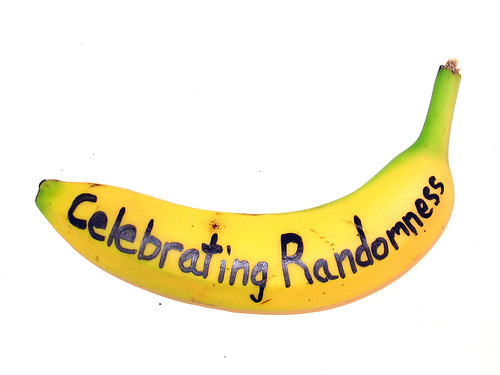 Weird, quirky, random, odd – all these have been used to describe me at one time or another. And I’d completely agree with each one, actually taking them as a positive. Who want’s to be mundanely normal?!

But even I realise there are things I do (or can’t do) that most people would find a little strange. Some began as fads that stuck, others are just completely irrational or prove that lack of focus affects basic life skills. So here’s a my list of 10 bizarre notions, life fails and other rituals of weird…

And there we have it. Or at least ten aspects of my weird – there are plenty more and probably some I don’t even know about! But I love other people’s quirks and idiosyncrasies too – who wouldn’t with a mother who strokes bumblebees and a friend who’s afraid of seahorses?!

So if you’d like to display any of your quirks to the world (and make me feel better!), I’d love to hear from you. Let’s embrace the strange and share the random. It makes for a much more interesting planet!

9 thoughts on “My Banana Cray Cray and Levels of Weird”